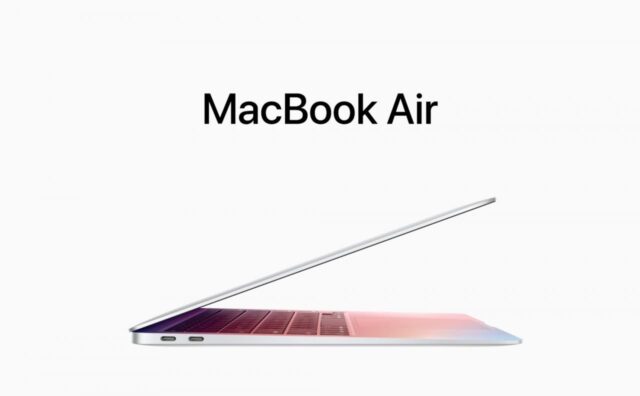 OUWA.org – MacBook Air Running Apple M1 Default Apps. MacRumors iChan member after getting a MacBook Air running  SoC Apple M1 conducted a test to open default apps every day in the dock to see how fast its apps open and then open Activity. Monitor to see how to optimize and use the RAM of this machine.

This Apple M1 version of MacBook Air has the most basic configuration, including 8GB of RAM and 256GB SSD and no fan inside. Through the above test, ‌MacBook Air‌ can open all applications seamlessly without delay even when the number of open applications increases. Calendar, Safari, Reminders, Messages, Photos, Maps, Notes, Apple Pages, Numbers, Keynote, App Store, System Preferences… and more all have dizzying launch speeds.

Finally, the 8GB RAM Apple equips this MacBook Air after opening all the aforementioned applications only costs 3.3GB only, an extremely good optimization from Apple. It is true that Apple is not exaggerating the performance of the Mac-like this Apple Silicon.