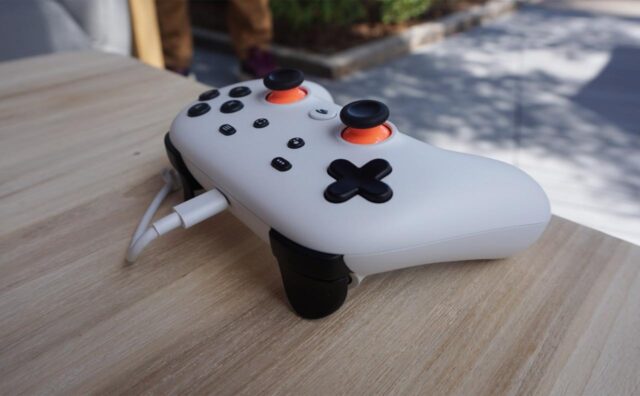 OUWA – Stadia’s App Store Web-based Cloud Gaming App. After Nvidia announced it would bring its GeForce Now cloud game streaming platform to the iPad and iPhone, but not through a distribution app on the App Store, Google, in turn, announced the same thing. Brothers to play games without downloading, without installation, nor needing a strong configuration device through Stadia will also log in and play games through the website. Since its launch, Stadia has only had iOS apps for buying games and adjusting graphics settings, not using that app to enter the game.

It is expected that Stadia’s web-based application will be launched in the next few weeks, meaning around the end of 2020, early 2021. Google also did not specifically mention, that the website to login to gaming via cloud server will only be used on the Safari browser, or will support all other browsers like Chrome.

Stadia itself is quite deeply integrated into Google’s Chrome browser on the desktop, while Android already has its own application, so it’s pretty sure that Google will initially make a web application so that Stadia will only run perfectly on Safari. . That is a prediction, but Google has not officially announced it.

So the big guys, from Nvidia, Google to Microsoft, have found a way to bypass Apple’s tough demands, that is to list all the games distributed via cloud gaming applications, just have to share with Apple 30% of the revenue because the app is distributed through the App Store. It is not known how Apple will respond to these bypass solutions when it is likely that Amazon’s Luna will also use the same plan to reach the potential iOS and iPadOS market with billions of devices.

Alder Lake will be a hybrid CPU with a small core, Meteor Lake 3D...

How to evaluate this version of windows10 2004?