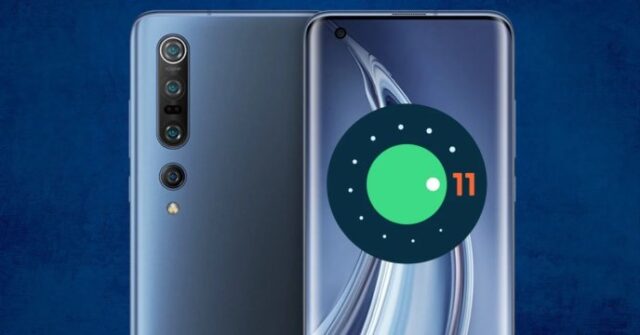 Xiaomi is not the most responsible company in terms of updates. While first-tier manufacturers are trying to extend support for their smartphones, Xiaomi can afford to refuse to update even new devices that would still be updated and updated. However, the wide range of smartphones quite effectively hides the premature scrapping of some models, and as soon as Xiaomi announces the update of the next batch of devices, they begin to extol it again.

Xiaomi plans to release Android 11 for at least 12 smartphones. These will include both the sub-flagship models of 2020, and last year’s devices that have nothing to do with the top line, and even devices that have a rather indirect relationship to the Xiaomi brand. We are talking about smartphones under the Redmi and Poco brands. Few know that these are subsidiaries, in the design of which Xiaomi does not participate directly, but at the same time shares its developments with them.

Which Xiaomi smartphones will receive Android 11:

It is not yet clear when exactly each of the models scheduled for the update will receive Android 11. Firstly, there are no real flagships on the list that should have been updated first, and secondly, it includes devices of three different brands, which have different teams responsible for software optimization. After all, if Xiaomi and Redmi smartphones have the same software base, then Poco has a completely different one, which means that the time required to adapt it to Android 11 may differ from the time spent on transferring MIUI to a new version of the OS.

It’s a bit surprising to see Xiaomi Mi A3 on the list. Despite the fact that it comes out as part of the Android One initiative, which involves the installation of stock Android, this smartphone as a whole turned out to be somehow unlucky. Not only did Xiaomi equip it with mediocre hardware, but also very much framed users with updates about a year ago. If you remember, for several months from winter to spring, with an interval of a week or two, we published news that Xiaomi was once again withdrawing an update to Android 10 for Xiaomi Mi A3 due to installation problems, bugs or vulnerabilities.

On the other hand, it is good that Xiaomi did not abandon the Mi A3 halfway, but continued to update it further even after failures. The same applies to smartphones of the Mi CC line, as well as Mi Note, which are not particularly popular among users. Despite the low demand for these devices at the start of sales and their absence in retail today, Xiaomi decided to continue to support them, promising to release Android 11 for them. This deserves respect, given that for Xiaomi – I repeat – it does not present any special problems to leave even a new one. smartphone without updates.

Make your life and work simple but not simple