Google has officially removed a number of malicious Android apps from Play Store after it announced that the apps in question were found serving intrusive ads. after detecting 25 apps that stole Facebook Password, now 21 more malicious applications appear.

The source of malicious applications

The findings were reported by the Czech cybersecurity firm Avast on Monday, which said 21 malicious apps were downloaded by more than eight million users from Play Store.

These apps disguise themselves as gaming applications and are accompanied by the HiddenAds malware, a Trojan notorious for its ability to serve intrusive ads outside of the app. The people behind these apps rely on social media channels to attract users to download apps. 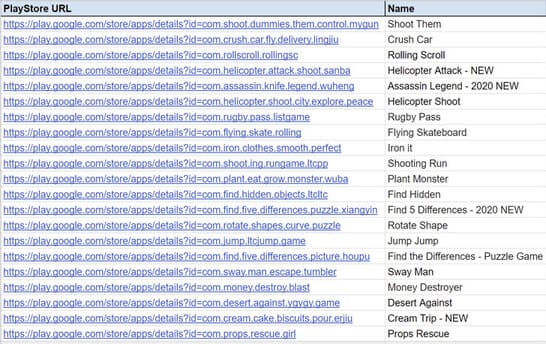 “In September, we saw the adware spread through TikTok. The popularity of these social networks makes them an attractive advertising platform, for cybercriminals, targeting a younger audience. ”

Once installed, these apps not only hide their icons to avoid deletion but also hide behind related ads, making them harder to identify.

In addition, these apps have the ability to attract other apps to display timed ads and in some cases even open a browser to access advertising links.

While such apps can be uninstalled through features on the device’s app manager, it also motivates users to look for apps that are the source of ads and remove them.

See also:   How to use Termux to install Hack software on Android phones

For its part, Google has been trying to prevent fake Android apps from getting into Google Play. Google has utilized Google Play Protect as a means of screening potentially harmful apps, and also formed an “Application Defense Alliance” last year in partnership with cybersecurity companies. ESET, Lookout and Zimperium to reduce the risk of malware.