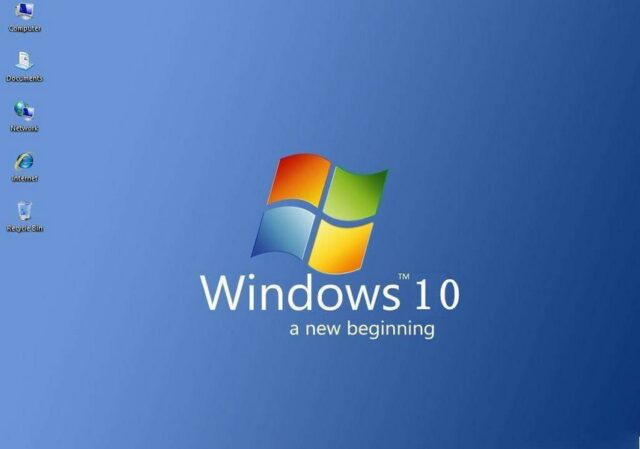 Some time ago, win10 had various conditions, what bug caused the solid-state drive to be damaged, the update blue screen, etc., it was really a mess.

The Win10 system has been updated continuously since it went online. Although it is to make the system safer and more stable, it is not very good to bring other bugs while fixing bugs.

However, recently there has been new news from Microsoft that a new generation of operating systems will be released soon! (Read also How to treat Windows 10X?)

In October 2019, Microsoft officially introduced the more modular and adaptable Windows 10X operating system to the outside world for the first time and initially stated that Surface Neo will be the first device to run the new operating system.

According to the currently known plan, the more modular and adaptive Windows 10X operating system will be launched on traditional single-screen laptops in the first half of 2021.

However, it is not certain whether Microsoft will push the Beta test version of Windows 10X to Insider developers, so we cannot experience this brand new operating system Windows 10X in the first place.

Wind10X is a new operating system based on Windows Core OS, supplemented by Windows Shell and other modular system components.

It mainly runs on single/dual-screen devices, free from the constraints of old components and more modern in nature. It is said that Win10X is equipped with a new version of the user interface, allowing Windows Update to run seamlessly in the background.

It should be noted that Win10X seems to have decided to remove the virtualization support for Win32 applications. This is because Win10X has poor overall performance when testing Win32 applications and cannot have good compatibility.

At present, it is known that the internal version of Win10X has given up support for Win32 applications, so this also means that we can only run universal Windows applications with win10X, that is, UWP applications and Web applications, which feels like Google’s lightweight operating system very similar.

In addition, it has many highlights, such as removing the “tile” design (start menu) that Microsoft strongly promotes, and choosing to use a launcher (Launcher) instead of the start menu, which includes commonly used icons, websites, search bars, and mobile phone operations The idea of ​​the system is similar.

Moreover, win10X has a different application, file, and software interaction experience from Win7 or Win10. Each application runs in its own container, thereby protecting the operating system from potential malware.

As for the issue of update, when win10 is upgraded, many programs are involved. In one sentence, it takes a long time. In win10X, the drivers and applications are independent of each other, so upgrade the speed lever.

Finally, let’s briefly talk about win10X as a new system. There are many uncertain factors in it, so you should honestly wait until next year to meet with it!