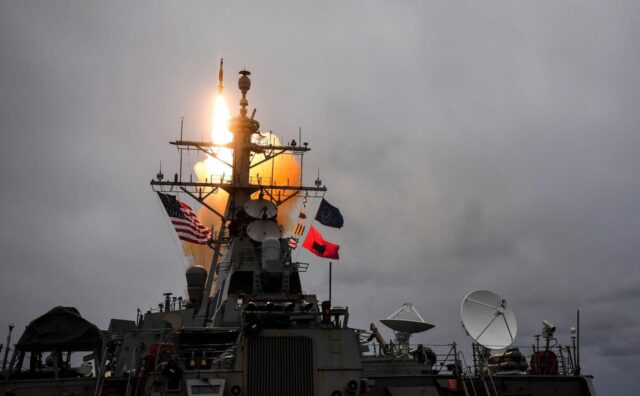 OUWA – US Navy Successfully Intercepted Intercontinental Ballistic Missiles for the First Time With a Destroyer. On Tuesday, a guided-missile destroyer from the United States Navy successfully tested intercepting an intercontinental ballistic missile ( ICBM ) targeting an area of the Hawaiian Islands. This test is to demonstrate the potential to defend Hawaii as well as protect the US west coast against threats with only ground/sea interception solutions.

In the test, an ICBM missile carrying a fake nuclear warhead was launched from the Ronald Reagan ballistic missile defense test site at Kwajalein Atoll in the Marshall Islands towards the waters northeast of Hawaii. 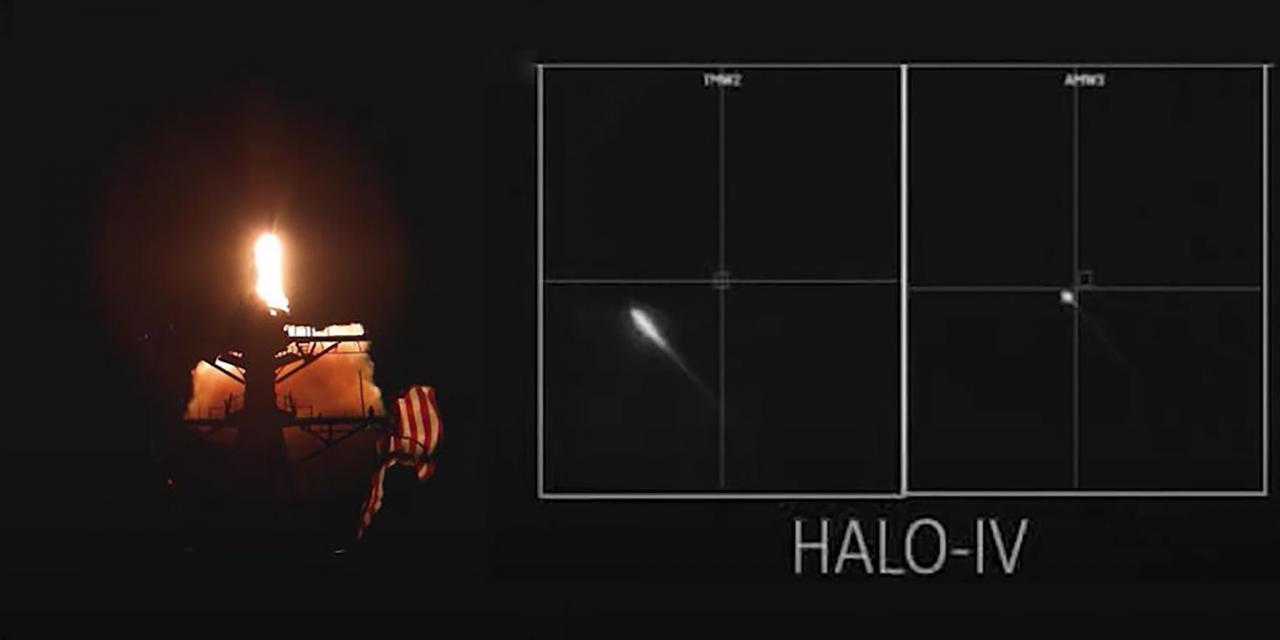 When the missile was launched, space sensors detected it and through the Command, Control, Combat Management and Communication (C2BMC) system developed by Lockheed Martin, data was sent to the site. destroyers USS John Finn is equipped with the Aegis combat system Baseline 9. the vessel then launch interceptor missiles the SM-3 block IIA. As soon as the intercontinental ballistic missile released a simulated nuclear warhead, the SM-3 launched the Exoatmospheric Kill Vehicle (EKV). The EKV crashed into the ICBM’s warhead and the infrared cameras captured the explosion image when the EKV successfully interfered.

This is the sixth test of the SM-3 Block IIA interceptor missile deployed from defenseless warships of the United States Navy and for the first time, the Navy has successfully shot down an ICBM from a ship. destroyer.

How to Intercept Intercontinental Ballistic Missiles?

Most intercontinental ballistic missiles are designed in the form of space boosters, the purpose is to put the warhead into low Earth orbit and then re-enter the atmosphere and attack the target. This idea dates back to World War 2 with the Nazi Projekt Amerika project. Based on the V-2 and A4 long-range guided ballistic missile program, eminent rocket scientist and space engineer Wernher von Braun and his team developed the first intercontinental ballistic missile. is A9 / 10 with the target of attacking New York and many other cities in America.

After the war, the United States launched the Paperclip campaign to bring genius engineer Wernher von Braun and hundreds of leading German scientists to the US to develop intercontinental ballistic missiles, medium-range ballistic missiles. and many other launch systems for the US military. Wernher von Braun was the chief engineer of the Saturn V heavy missile program, which brought the Apollo to the Moon in the late 60s. 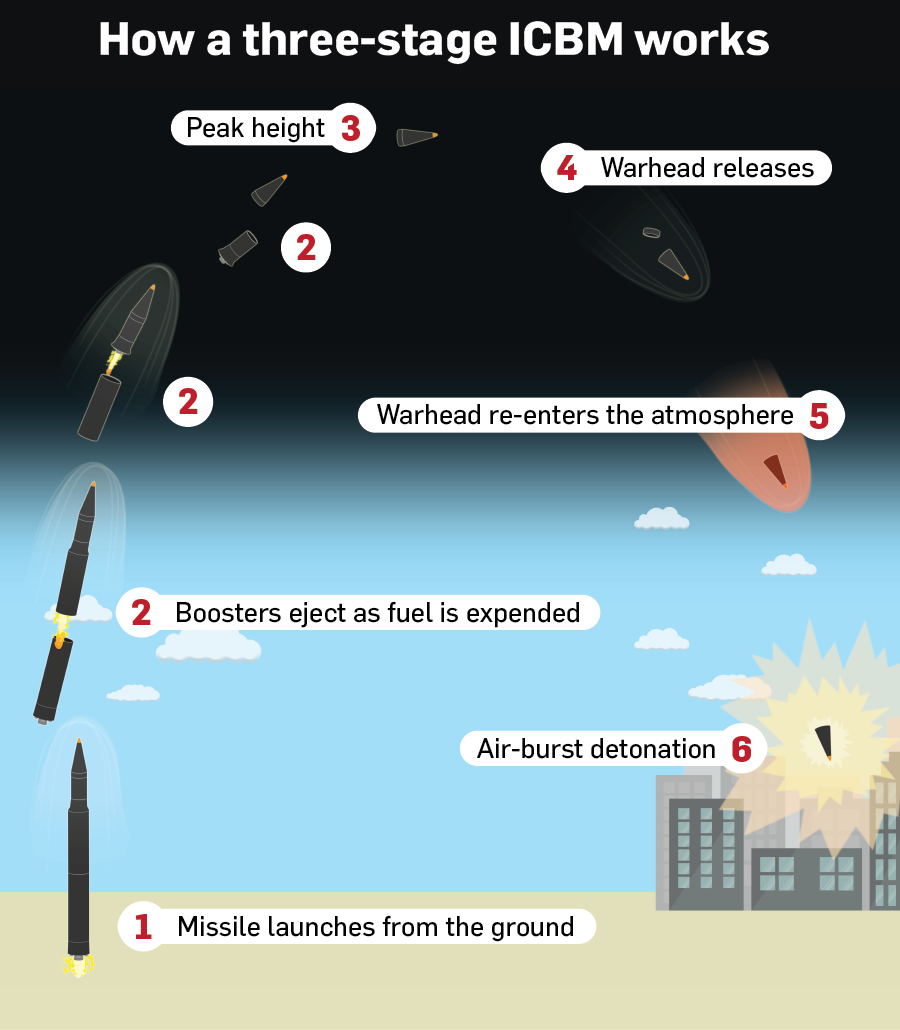 In the middle phase, infrared sensors on satellites in space will pick up the heat signals emitted by ballistic missiles. Missile warnings are sent to long-range terrestrial radars and they scan the airspace for incoming threats. 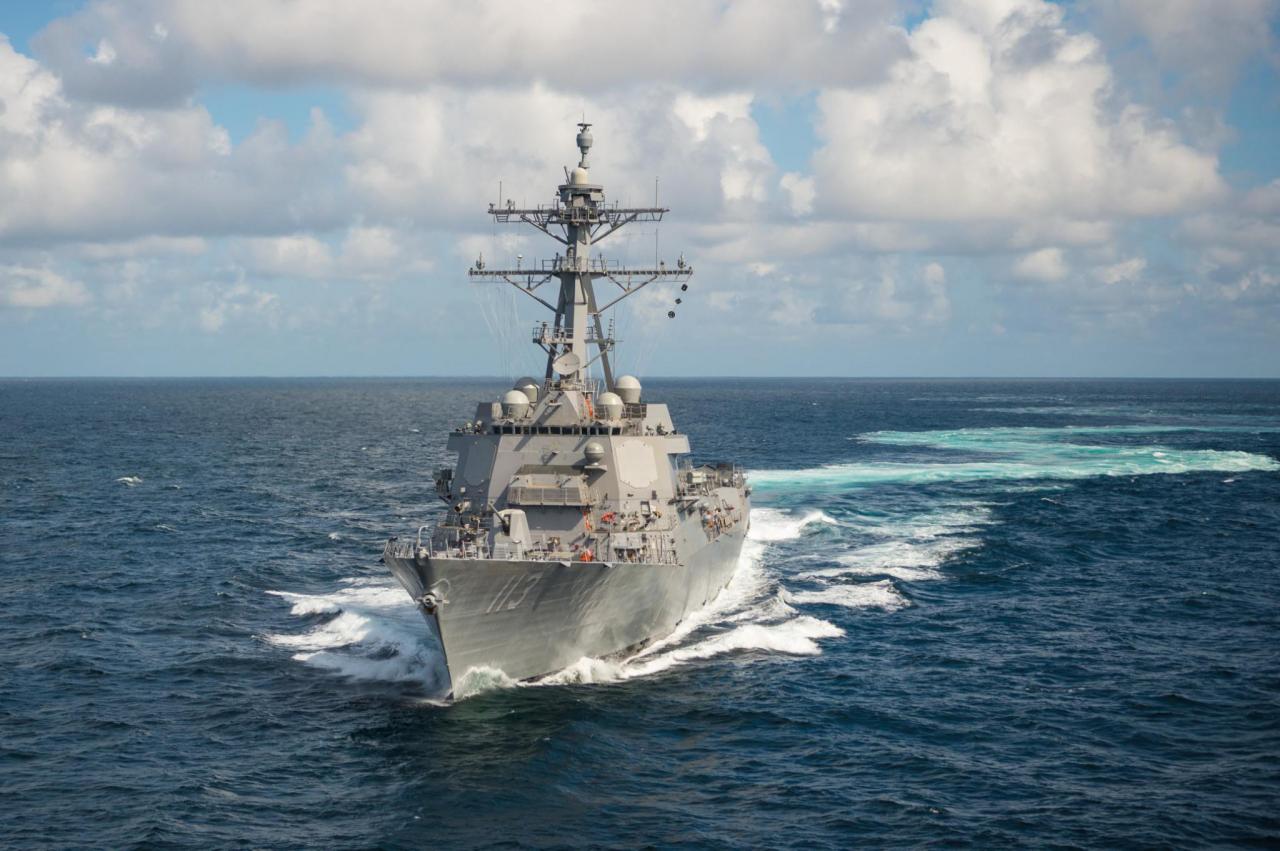 When the warhead enters the re-atmosphere, the missile defense radars will track the warhead, map its flight path, and alert “shooters” – reactive units such as the USS destroyer. John Finn about the warhead’s flight path to plan an interception. The reactor then launches a missile or interceptor such as the EKV.

The recent successful test meets a US congressional request to test the ICBM interception capacity of the SM-3 Block IIA before 2020 ends. The test was originally scheduled for May, but the COVID-19 was due to be delayed until November.

Tom Karako, an expert in missile defense policy at the Center for International Studies and Strategy, said. This test poses a major challenge to the Aegis combat system and the fact that the ICBM can be intercepted with rockets like the SM-3 Block IIA – it does not replace larger rockets launched from ground silos. this is a reason to celebrate. 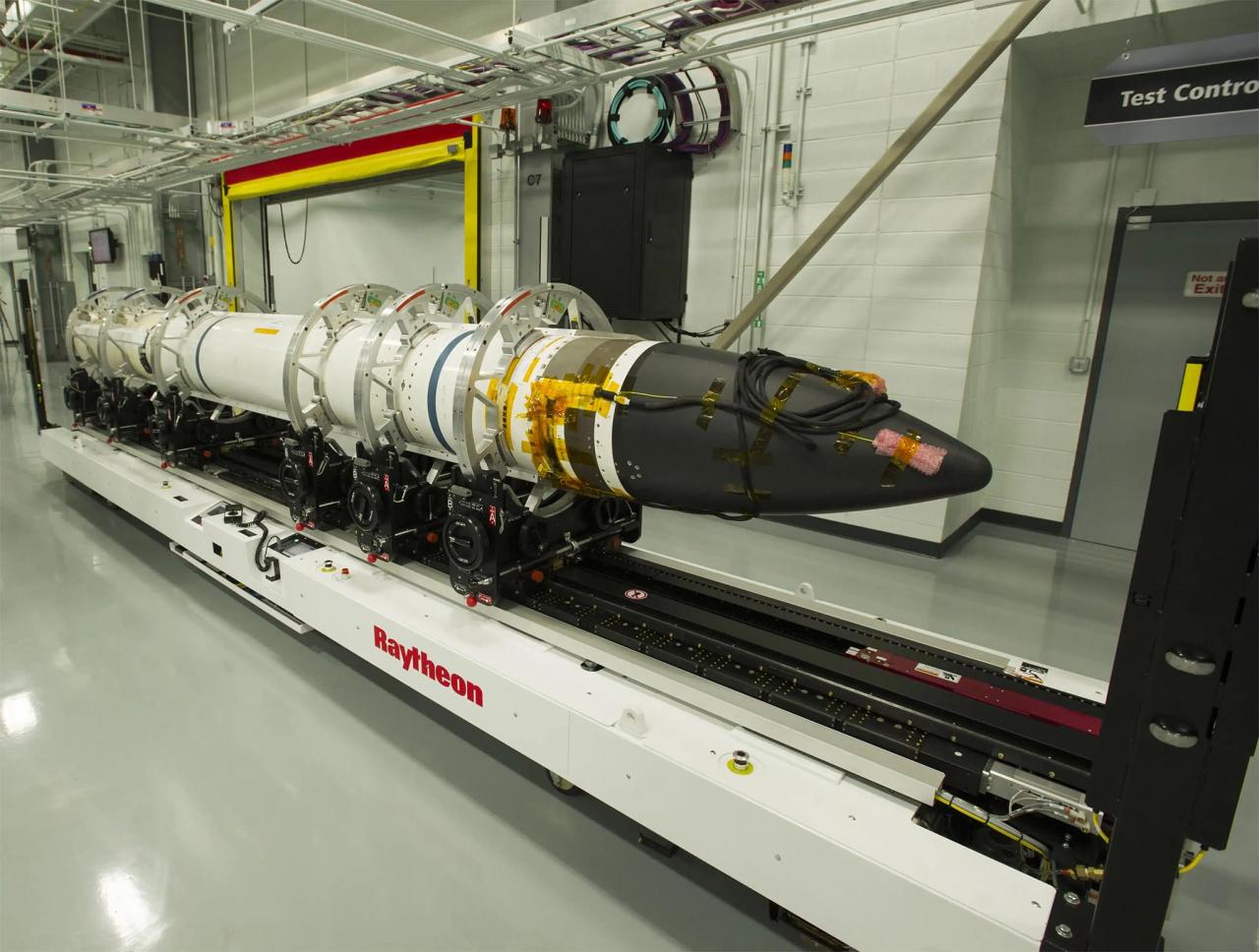 SM-3 Block IIA is a variant of the Standard surface-to-air missile (the name of the line of air-to-air missiles launched from warships, SM-3 stands for Standard Missile 3) developed by Raytheon with higher flight capabilities. and faster to intercept warheads in mid-flight. 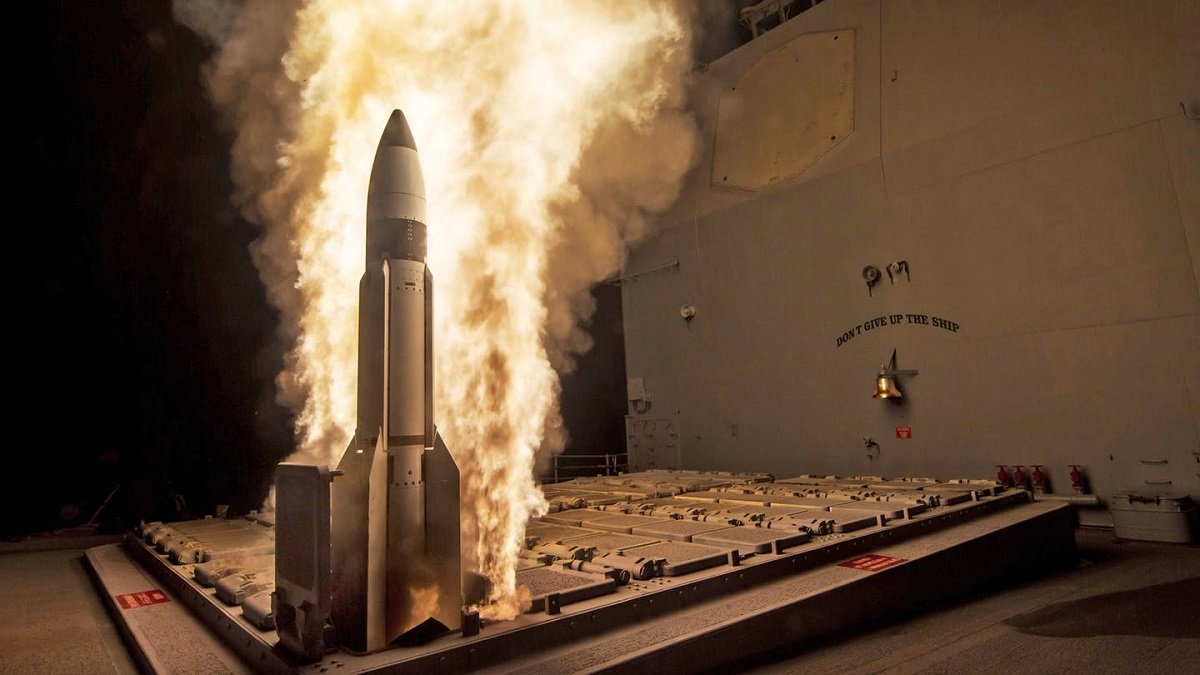 The SM-3 can be launched from Mk vertical launchers. 41, the same type of Tomahawk guided missile, ASROC anti-submarine missile, SM-2, and SM-6 to air Thus, on the theory of cruisers, destroyers can carry SM-3 Block IIA.

The successful interception of the ICBM missile marks the next positive step forward for the SM-3 program after many previous incidents. In 2018, SM-3 Block IIA was tested but failed because a sailor aboard the USS John Finn accidentally pressed the self-destruct button before the missile reached the target. This mistake cost the US Missile Defense Agency $ 130 million.

Also, according to Karako, this experiment is also a great achievement for the Aegis program. The warfare system for warships of the US Navy – Aegis was developed in the late 60s of the century before realizing that the speed of human reaction was insufficient in the era of missiles being massively fired from ships. battle. Today Lockheed Martin is the main contractor for Aegis. It was originally developed under the auspices of RCA, then later by General Electric.

Aegis combines a variety of high-sensitivity radars with sophisticated missile systems to counter an aerial threat. It was primarily developed for carrier protection, but as the United States invests more in ballistic missile defense, the Aegis has expanded its capacity to be able to defend against nuclear missile attacks. 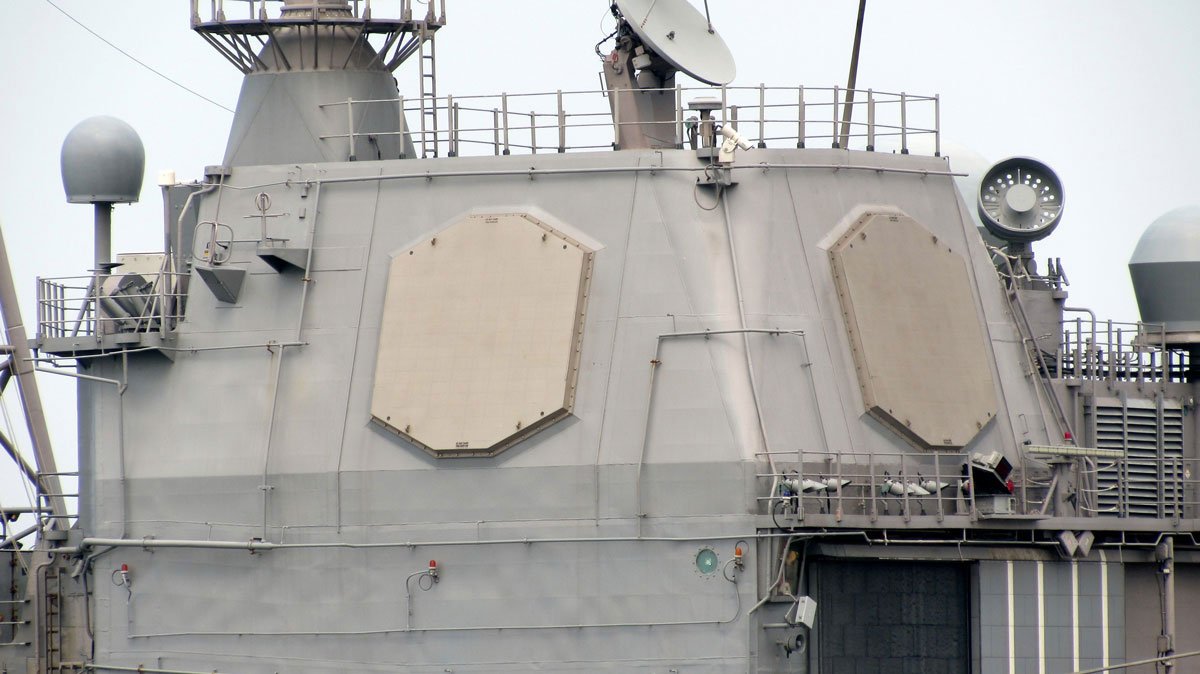 To successfully intercept the ICBM missile with SM-3 Block IIA, it is impossible not to mention the role of the AN / SPY-1 radar – a 3D radar system developed by Lockheed Martin, equipped on the USS John Finn. The SPY-1 is also the core component of the Aegis combat system. SPY-1 computer-controlled, passive scanning, consisting of 4 antenna systems each containing 148 modules, providing 360-degree coverage. The high sensitivity and wide range make the SPY-1 able to see the edges of space and detect incoming warheads.

Georgia secretary of state says Lindsey Graham implied he should try to throw away...