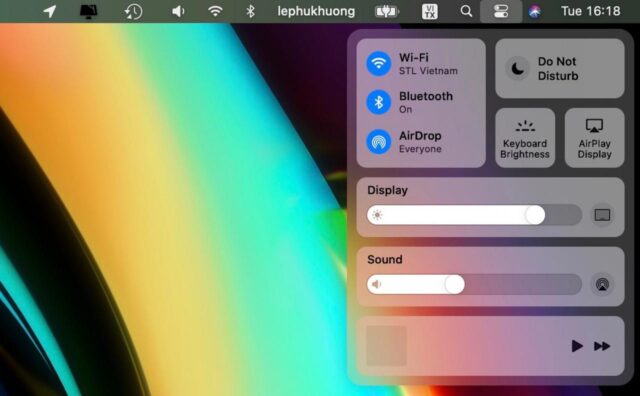 OUWA.org – macOS Big Sur has a touch-friendly interface: things are not what you think. When Apple launched macOS Big Sur – its new version of the operating system with iOS-style icons and interfaces – many doubted it was a preparatory step for a touchscreen MacBook. But that’s not the case, according to Apple’s head of software – Craig Federighi.

Federighi said: “I have to tell you that when we launched Big Sur, articles started to appear and said: Oh my God, Apple is preparing for touch screens. I thought: Why? We’ve designed and upgraded the macOS’s appearance so that we feel more natural and comfortable, not to do something with touch. ”

Federighi said that macOS Big Sure’s interface is inspired by iOS and iPadOS, but this is simply an attempt to create a bond between the gods in the company’s ecosystem. “This is our view, not suggesting a change in usage and computer input”.

Apple has also said before that it did not feel reasonable to bring touch to the laptop, and believed with the MacBook the mouse and keyboard are still the most reasonable input methods. Meanwhile, the world of Windows has touch screens on both devices that transform (2-in-1) between a laptop and a tablet, as well as some traditional laptops. However, at present, Windows software, especially specialized software, is often not optimized for touch but still mainly uses mouse and keyboard.

But on the other hand, Apple leaders said that only so, but when needed and felt they could sell, they turned around for a few moments. After all, the statements are only true at one time, but when the market changes, the needs of users change, it is foolish to not change products, stick to their words. money. So if in the future a MacBook has a touchscreen, it is not strange, but I believe Apple will take the appropriate preparation steps to optimize apps (as well as force app developers) to the interface. Only the operating system but also the app is easy to use on the touch screen. Apple has the ability to pressure developers, and Microsoft does not have that much “power” so the pressure is not “burning” as much.